skip to main | skip to sidebar

Most science fiction writers would have been content to have their spacecraft travel at speeds approaching the speed of light, but Roddenberry had grander ideas. Often the captain of the Enterprise would push the ship to warp 9 but such a speed was stretching the safety limits of the warp drives. The Urantia Book offers descriptions of beings who can actually reach velocities of three times the speed of light: "The limit of velocity for most nonenseraphimed beings is 186,280 miles of your world per second of your time; the midway creatures and certain others can, often do, attain double velocity - 372,560 miles per second - while the seraphim and others can traverse space at triple velocity, about 558,840 miles per second. Solitary Messengers are used in those situations where it is desired to avoid the loss of time. They are the only beings who can synchronize with the combined currents of the grand universe. Their velocity in traversing space is variable, depending on a great variety of interfering influences, but the record shows that on the journey to fulfill this mission my associate messenger proceeded at the rate of 841,621,642,000 of your miles per second of your time." 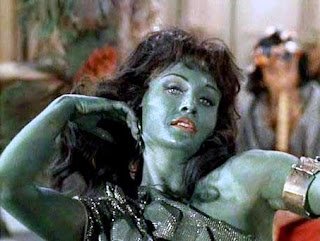 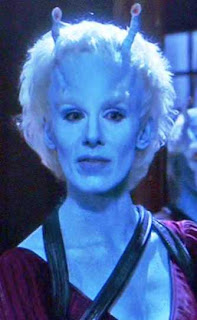 Encountering humanoid alien races of varying colors was a common feature on Star Trek. Roddenberry's races of color has a clear inspiration in The Urantia Book. The following are highly condensed excerpts regarding the six sangik races of the early days of human evolution on Earth: "1. The red man. These peoples were remarkable specimens of the human race. They were a most intelligent group and were the first to develop a tribal civilization and government. They were always monogamous; even their mixed descendants seldom practiced plural mating. 2. The orange man. The outstanding characteristic of this race was their peculiar urge to build, to build anything and everything, even to the piling up of vast mounds of stone just to see which tribe could build the largest mound. 3. The yellow man. The primitive yellow tribes were the first to abandon the chase, establish settled communities, and develop a home life based on agriculture. 4. The green man. The green race was one of the less able groups of primitive men, and they were greatly weakened by extensive migrations in different directions. 5. The blue man. The blue men were a great people. They early invented the spear and subsequently worked out the rudiments of many of the arts of modern civilization. 6. The indigo race. They were the last to migrate from their highland homes. They journeyed to , taking possession of the continent, and have ever since remained there except when they have been forcibly taken away, from age to age, as slaves. 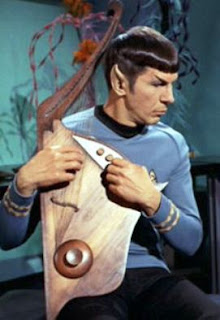 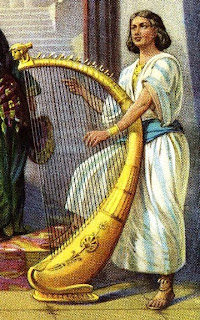 We all remember scenes where Spock is playing his Vulcan harp, sometimes for the entertainment of others, but mostly at times when he was alone in his quarters and seemed to need some inner comfort. But did you know that Jesus, as a boy, also enjoyed the harp? Quoting from various passages from The Urantia Book: "This year Jesus made arrangements to exchange dairy products for lessons on the harp. He had an unusual liking for everything musical. By the time he was eleven years of age, he was a skillful harpist and greatly enjoyed entertaining both family and friends with his extraordinary interpretations and able improvisations; he was very fond of playing the harp. It became the custom for the neighbors to drop in during the winter evenings to hear Jesus play upon the harp and to listen to his stories. By the next year they found it difficult to pay the civil taxes, not to mention the synagogue assessments and the temple tax of one-half shekel. The tax collector tried to squeeze extra revenue out of Jesus, even threatening to take his harp. This year Jude started to school, and it was necessary for Jesus to sell his harp in order to defray these expenses. Thus disappeared the last of his recreational pleasures. He much loved to play the harp when tired in mind and weary in body, but he comforted himself with the thought that at least the harp was safe from seizure by the tax collector." 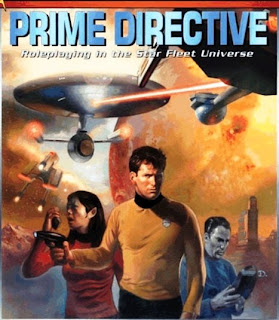 In Star Trek, the Prime Directive, Starfleet's General Order #1, is the most prominent guiding principle of the United Federation of Planets. The Prime Directive dictates that there can be no interference with the internal affairs of other civilizations. In the Urantia Book, the universe of universes has a similar Prime Directive, a “fixed policy of noninfringement of the moral free will of personal creatures. The free will of evolving man or exquisite angel is not a mere philosophic concept, a symbolic ideal. Man's ability to choose good or evil is a universe reality. This liberty to choose for oneself is an endowment of the Supreme Rulers, and they will not permit any being or group of beings to deprive a single personality in the wide universe of this divinely bestowed liberty. The free will of man is supreme in moral affairs; even the indwelling Thought Adjuster refuses to compel man to think a single thought or to perform a single act against the choosing of man's own will.” 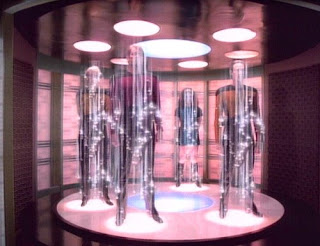 In Star Trek, the use of the Transporter Beam is well known. The Urantia Book has its equivalent, the technique of dematerialization. "Adams and Eves are semimaterial creatures and, as such, are not transportable by seraphim. They must undergo dematerialization on the system capital before they can be enseraphimed for transport to the world of assignment. While there is this dematerializing technique for preparing the Adams for transit from Jerusem to the evolutionary worlds, there is no equivalent method for taking them away from such worlds unless the entire planet is to be emptied, in which event emergency installation of the dematerialization technique is made for the entire salvable population. If some physical catastrophe should doom the planetary residence of an evolving race, the Melchizedeks and the Life Carriers would install the technique of dematerialization for all survivors, and by seraphic transport these beings would be carried away to the new world prepared for their continuing existence. The evolution of a human race, once initiated on a world of space, must proceed quite independently of the physical survival of that planet." And here you behold a rational explanation of the so called Rapture. 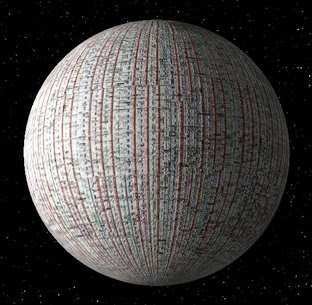 Star Trek discusses the theoretical existence of Dyson Spheres, wholly creature-made worlds. Professor Emeritus Freeman Dyson first developed this concept in 1959 in his article "Search for Artificial Stellar Sources of Infra-Red Radiation." In a Next Generation episode, Relics, the theory of Dyson Spheres becomes a reality. This is very similar to the Architectural Spheres described in The Urantia Book. In discussing the headquarter worlds of a superuniverse, The Urantia book reads, "While each superuniverse government presides near the center of the evolutionary universes of its space segment, it occupies a world made to order and is peopled by accredited personalities. These headquarters worlds are architectural spheres, space bodies specifically constructed for their special purpose." And when discussing the Mansion worlds, "All of these worlds are architectural spheres, and they have just double the number of elements of the evolved planets. Such made-to-order worlds not only abound in the heavy metals and crystals, having one hundred physical elements, but likewise have exactly one hundred forms of a unique energy organization called morontia material." 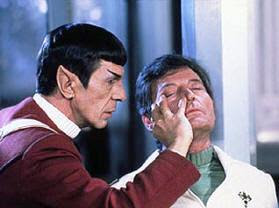 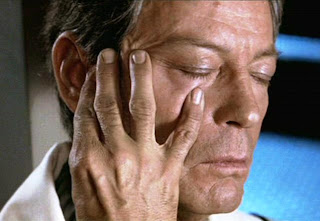 Just before Spock dies in The Wrath of Khan, he transfers his katra into the mind of Dr McCoy. This is the equivalent of a brain dump. A strikingly similar event is also described in the Urantia Book. Quoting from page 1258: "The reservists unconsciously act as conservators of essential planetary information. Many times, upon the death of a reservist, a transfer of certain vital data from the mind of the dying reservist to a younger successor is made by a liaison of the two Thought Adjusters." 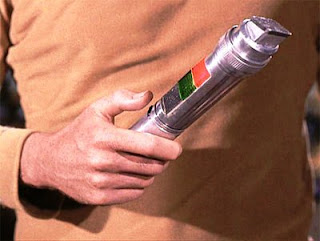 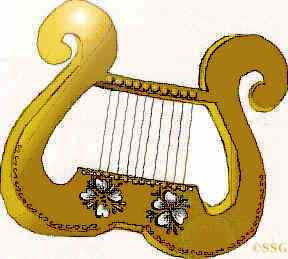 Star Trek deftly got around the problem of communicating with alien life forms by the invention of a quite ingenious device, the Universal Translator, no doubt inspired by The Urantia Book's Harp of God. Quoting from page 47: "Perfected space communication is to be had on all these worlds; and your anywhere reception of such communications is made possible by carrying the "harp of God," a morontia contrivance compensating for the inability to directly adjust the immature morontia sensory mechanism to the reception of space communications."
Posted by Luigi Bartolomeo at 5:26 PM 8 comments: